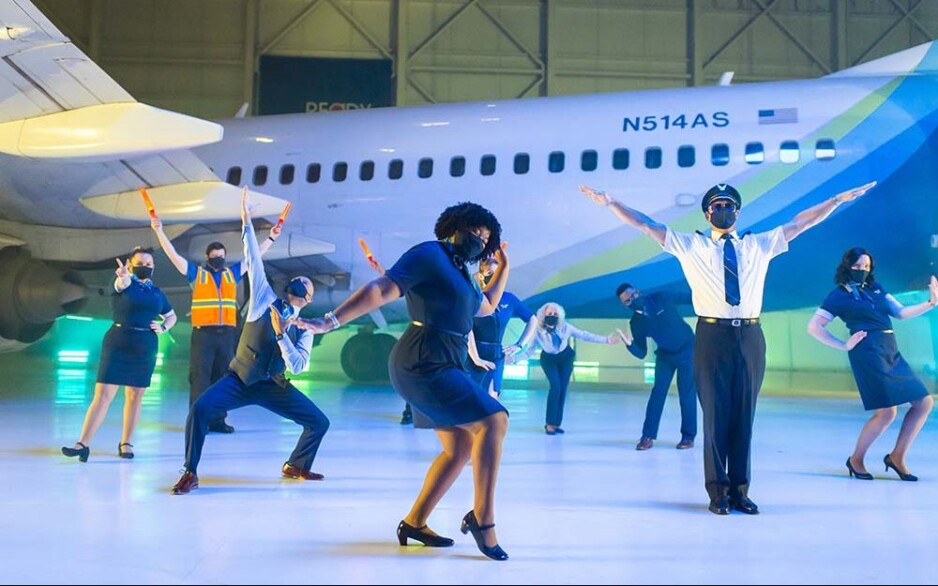 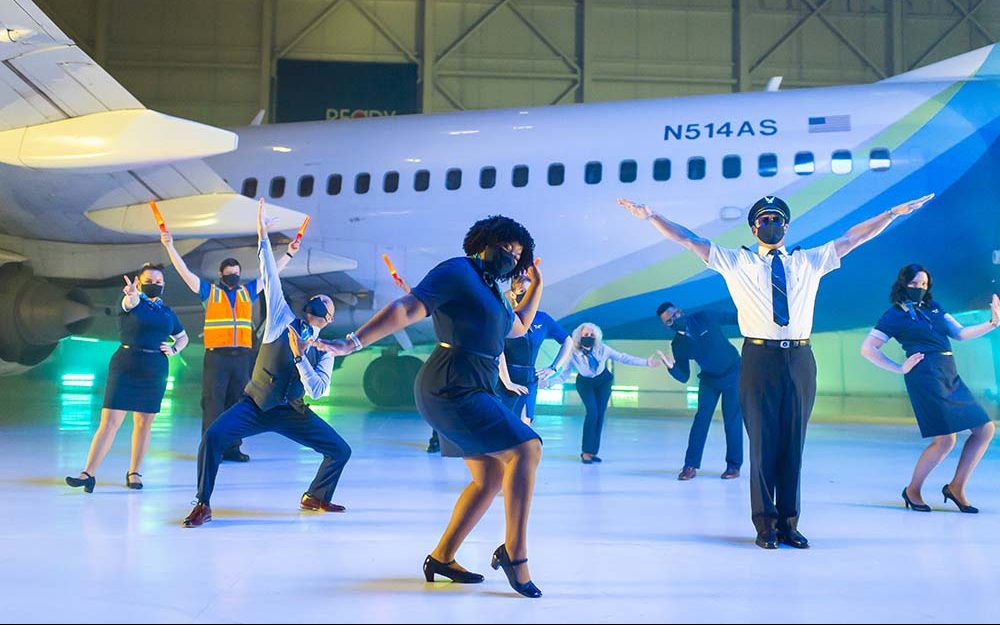 Alaska Airlines has co-opted Men Without Hats’ 1982 new-wave classic for a video touting its COVID-19 precautions.

“We can fly where you want to, we can leave your house behind,” a male vocalist says, mimicking the delivery of Men Without Hats singer Ivan Doroschuk. “But if your friends don’t mask – and why don’t they mask? – well, they won’t fly this airline.” 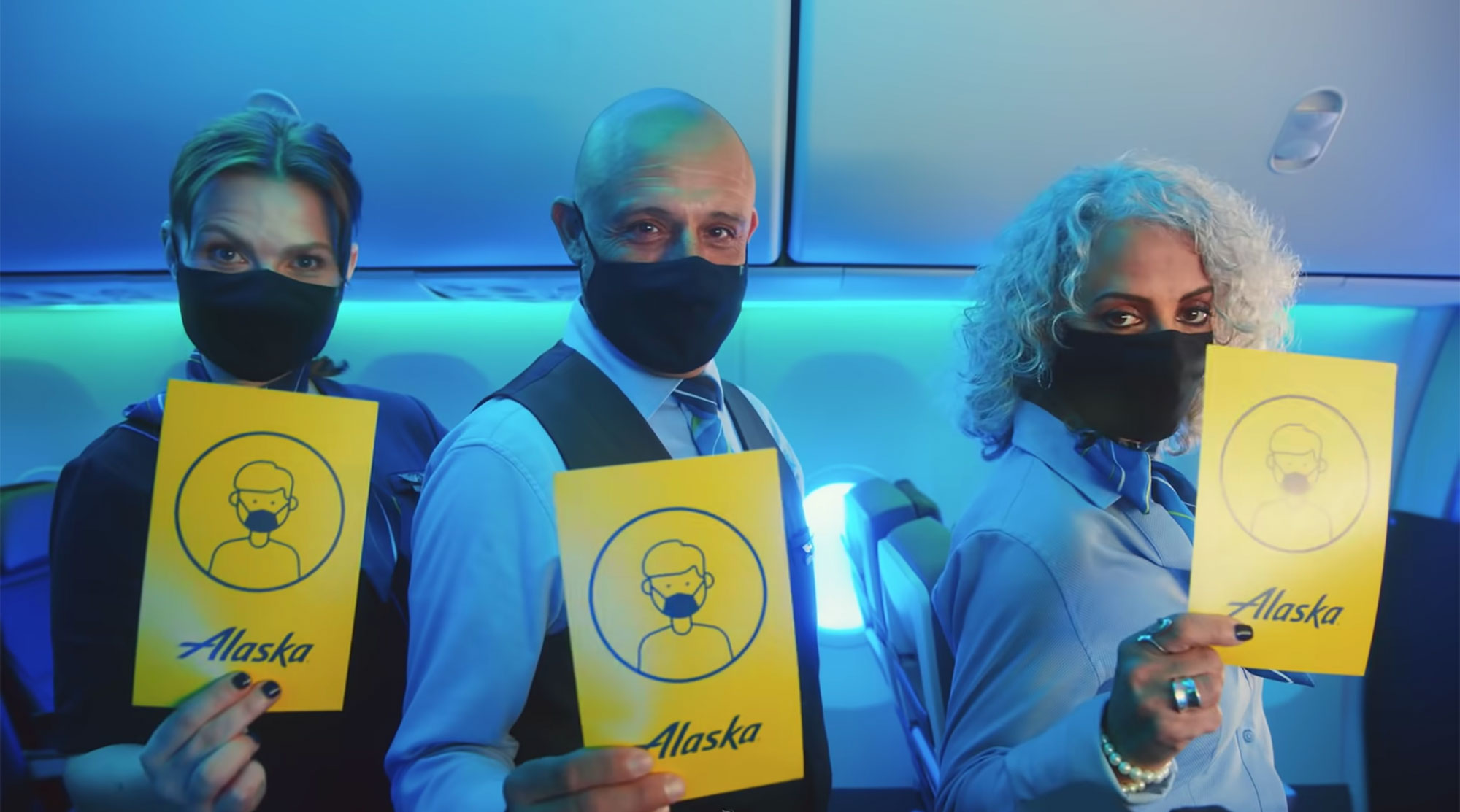 The video, parodying the 1982 song „Safety Dance” by Men Without Hats, featured dancing flight attendants, and clever lyrics such as “Well your friends don’t mask and why don’t they mask? Well they won’t fly this airline.”

Alaska says it made the video, to give passengers the confidence to book flights. The video was shot in the airline’s Boeing cabin trainer and the Alaska Maintenance Hangar in Seattle.

It was directed by Warren Fu, who collaborated with artists such as Dua Lipa, The Weeknd, Daft Punk and Haim. It was choreographed by Anna Matuszewski, known for her collaboration with Macklemore.

As for the dancers, they are Alaska Airlines employees, some of whom have been nominated by team leaders while others have been selected based on their dancing skills, the company said in a behind-the-scenes blog.

They all were given a video of the choreography and practiced at home prior to an 8-hour dress rehearsal and a two-day shoot. 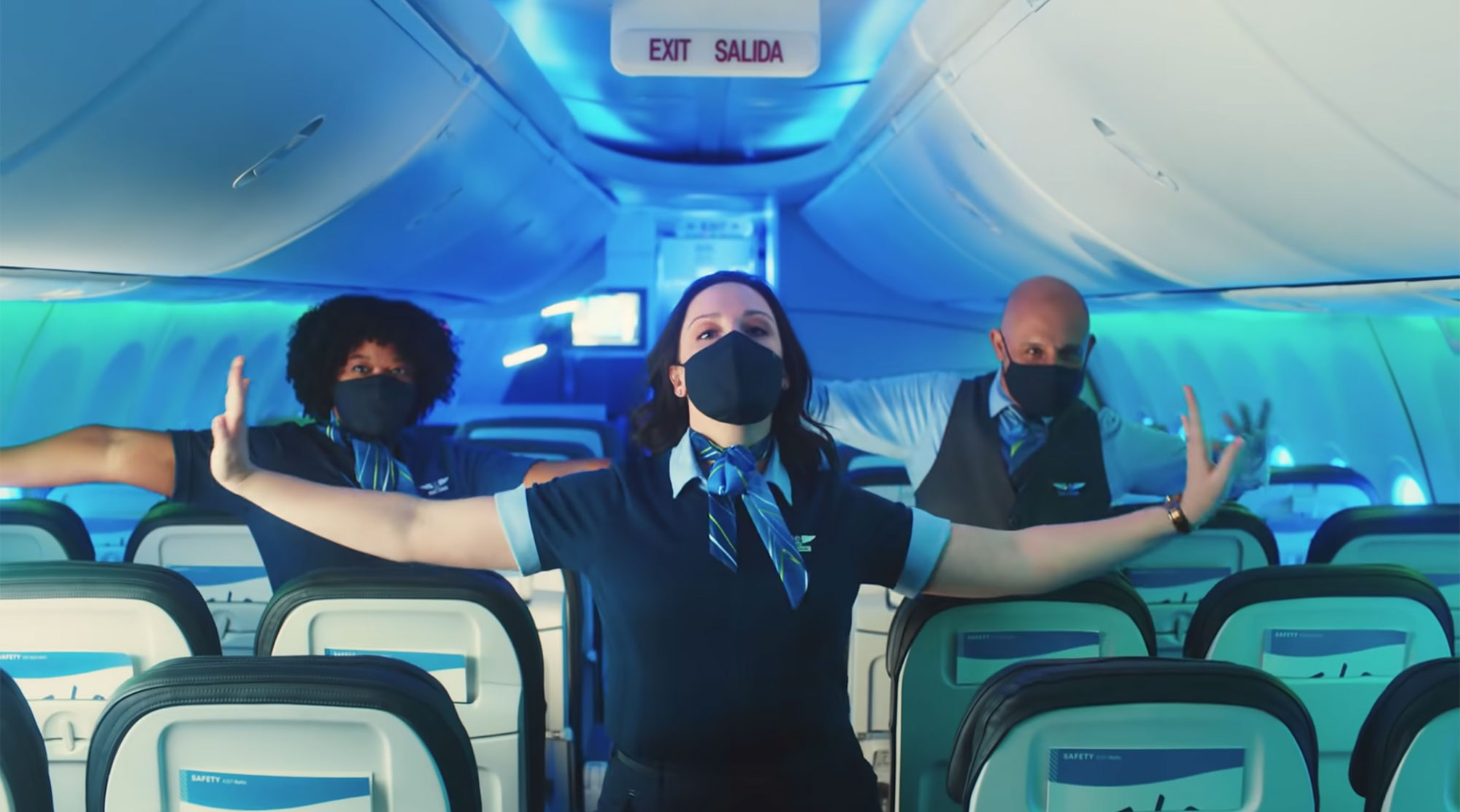 “It was refreshing to work on a project with some much needed levity after such a challenging year,” said Fu. “You can highlight the importance of safety and still have fun with it. I hope the uplifting energy and enthusiasm showcased by our Alaska Airlines employee talent brings a smile to people’s faces.”