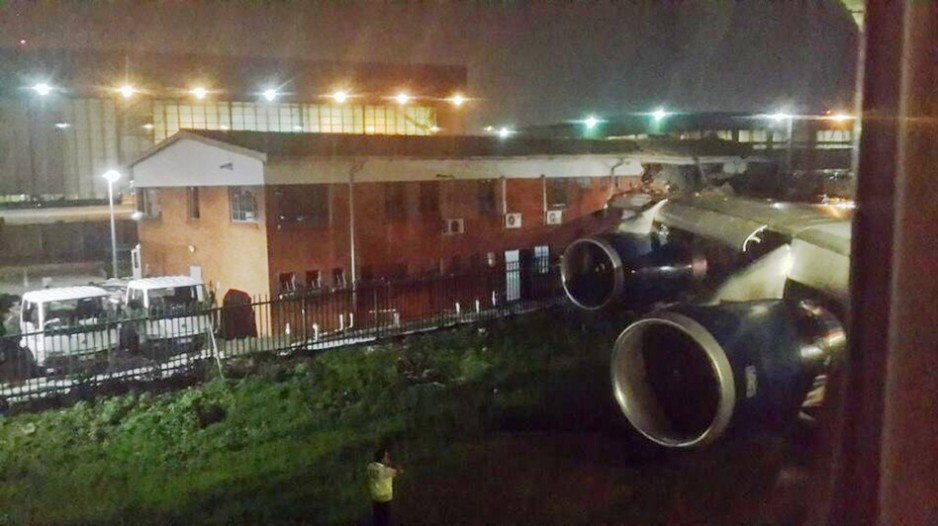 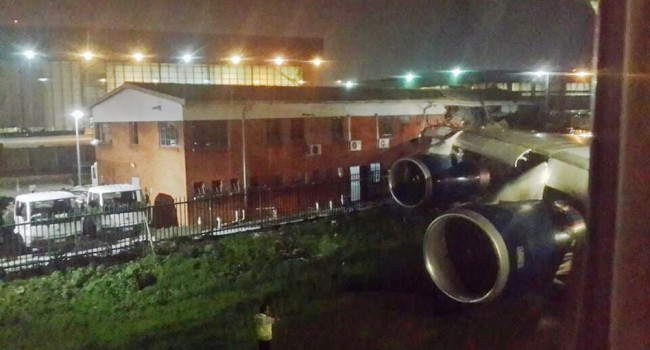 The British Airways flight to London was taxiing at OR Tambo International Airport when its right wing hit the building, injuring four people inside.

An image from the scene shows that the wing of the 747 appears to be wedged far into the low-slung brick building.

South Africa’s Civil Aviation Authority said the aircraft had travelled down a taxi-way that was too narrow for it.

The control tower “told them to take one taxi-way and they took another one. They took a wrong one,” said CAA spokeswoman Phindiwe Gwebu.

Passenger John Hart told the BBC: “We were just taxiing along and then boom!” 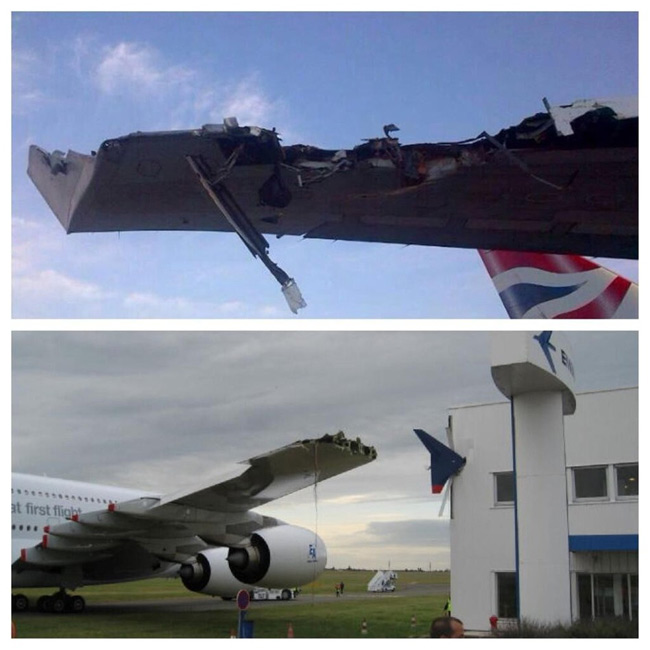 The 17 crew and 185 passengers who were in the aircraft escaped unharmed and were evacuated.

Mr Hart said the passengers were allowed to leave the plane after about an hour but because of the fuel spillage they had still not been able to reclaim their luggage.

All 182 passengers were provided with hotel accommodation and alternative flights are being arranged.

The aircraft was moved to a remote location and airport operations had not been disrupted by the accident.