A video of Hawaiian plane crash from inside the cabin

Ferdinand Puentes was on the Makani Kai aircraft that crash-landed into the ocean off Kalaupapa December 11.  He recorded the entire ordeal on his GoPro camera.

The Ewa Beach man was on the Makani Kai Air flight that crash landed into the ocean off Molokai.

When the airplane took off, lost power, and made a water landing, Puentes had his camera in his hands.

“The engine made a noise and all the bells and whistles started. I just turned it back on. I had to make sure it was on,” he said.

The most startling images be captured came from when he got out of the airplane and into the ocean. In one frame Puentes is seen holding onto one of the wings.

Puentes turned his camera on pilot Clyde Kawasaki, who can been seen struggling to stay afloat, his face covered in blood from a cut on his head. Behind him the Cessna Grand Caravan is starting to sink.

Other frames show Puentes in the foreground and some of the other seven passengers in the background.  The 39-year-old construction worker had been working on St. Francis Church in Kalaupapa before he caught the flight back to Oahu. He was wearing his working clothes and steel toe shoes. He said in the water they felt like lead weights. He wavered between hope and helplessness.

Puentes is a spear fishermen, so he’s comfortable in the ocean. He tried to swim to the Molokai coastline. He got to within 50 yards of land when exhaustion overwhelmed him.

“A lot of things was just racing but you can’t actually say, ‘Oh, I’m going to do this and that.’ It’s pretty much everything is on instinct. Just trying to survive,” he said.

Rescuers got to Puentes and took him to shore. He complained of pain in his neck and back and was hospitalised. Tests came back negative. The ordeal was a month ago but it’s still fresh in his mind.

“I still have a hard time sleeping at night,” he said.

Puentes said when he climbed out of the airplane and into the water, he had forgotten to inflate his life vest. It’s amazing that he had the presence of mind to keep his camera rolling. 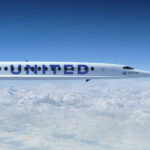