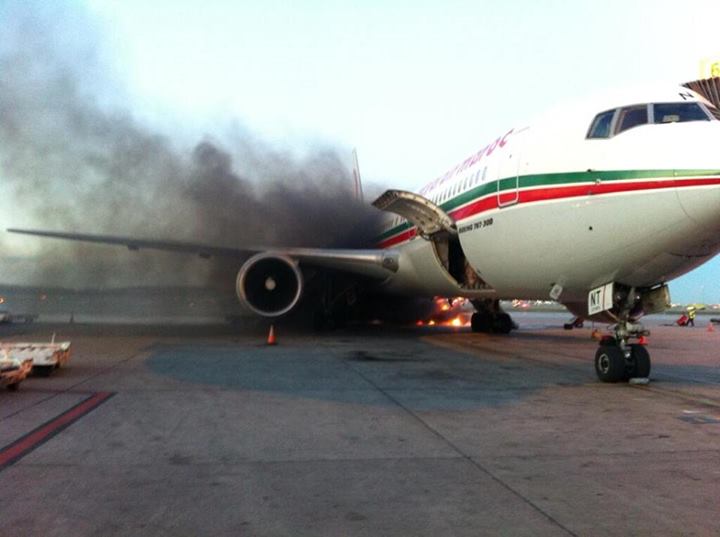 A fire broke out on a Moroccan airliner that had just landed in Montreal on Monday evening, forcing an emergency evacuation and causing a number of injuries, authorities said.

The fire broke out on the Royal Air Maroc plane while the crew was unloading the Boeing 767 after it had arrived from Casablanca, said Montreal Trudeau Airport spokesperson Stephanie Lepage.

A conveyor belt overheated and ignited after the bags were pulled from the cargo hold shortly after arrival at 5 p.m., she said.

Some of the 250 passengers had to slide out on emergency escape gear.

Seven were treated for smoke inhalation on the spot, and five people with slightly worse cases of smoke inhalation were sent to hospital for treatment. Some also suffered lower-body injuries during the evacuation.

“It was their decision. Could they have done it differently? It’ll be up to Royal Air Maroc to explain that decision.”

Montreal Trudeau Airport spokesperson Franois Asselin told the Associated Press that the evacuation was “more of a precautionary measure.”

The Transportation Safety Board of Canada will investigate the incident, authorities said, noting it was unclear whether the plane was damaged or how many bags were damaged or destroyed.